Edward Hayward Budd was the seventh child of William and Ann, born on 23 February, 1786 in Great Missenden, Buckinghamshire.

He was a very well known cricketer of his time and was the subject of a book written about him and other notable mid-19th century contemporaries (Sportascrapiana by CA Wheeler, published in 1868), from which we glean an insight into the man, and some snippets about his family (repeated elsewhere).

Underlining how well connected were the Budds, Edward entered the War Office in 1801 under the sponsorship of The Hon. William Wyndham, Secretary of War, whom he says “gave him” the appointment (a relation of Wyndham, Marianne, was godmother to one of Thomas Hayward’s sons). They both shared a passion for sport, in particular boxing. He was to work in the War Office for 20 years, but was not particularly enamoured by his ‘confinement and uncongenial duties’. EH Budd was to become a well known cricketer, but Wheeler says of him: “much of his exemption from disturbance can be attributed to his love for, and indulgence in, athletic outdoor amusements, in most of which his iron frame, muscular power, steady nerve and quick eye, made him au fait...it was well known among his sporting friends that he was prepared to back himself against any man in England (and it may, therefore, be said the world) for five manly sports - cricket, shooting, running, jumping and sparring. Though his celebrity was more especially for the first of the five, I have heard him say, “If there is one thing I can do better than any other, it is the last-named”...Mr Budd’s cricket celebrity was such, there was scarcely a school-boy but knew him and envied his prowess.” In 1804 he started to play cricket at Lord’s and by 1807 he was frequently playing there. He is cited as being ‘barely five feet ten, and his weight for many years a uniform twelve stone.” His first-class cricket career was interrupted by the Napoleonic War between 1811-1815 after which he played regularly for MCC and All-England, and had his own Eleven. He was a contemporary of George Osbaldeston, another famous cricketer of the time, with whom he was a close friend. His first-class cricket career between 1804-1831 is credited with 72 appearances, 2,726 runs and 173 wickets (he was a right-hand batsman and medium pace under-arm bowler).

Wheeler adds some colour to other aspects of his life: “When not engaged in any of the amusements referred to, he might for many years past, and still may, be found superintending his pets - canine, ovine, bovine and porcine....as a florist he has had great local celebrity...in forty years he as collected 20,000 tulips.

Edward married Maria MacDonald at St Marylebone, Westminster (this is the same parish where his brother Thomas married, so perhaps Maria was a friend of Maria Reinagle, Thomas’ wife) on 18 Sep 1809, with whom he had eight children. She died in 1838 in Wroughton where they then lived. He survived there for another 37 years, dying at home in Wroughton on 29 March 1875.

His standing in the country is evident from his Obituary:

“Father of Cricket: Few names are better known to students...of cricket than Edward Hayward Budd...the best amateur cricketer of the early part of the present century...one of the best fielders and bowlers of his day, he was certainly the hardest hitter...performed many a wonderful feat including a hit out of Lord’s old ground, where Dorset Square now stands...and a forward drive for nine on Woolwich Common...he and John Jackson...were reckoned to be, about the time of Waterloo [1815], the two best men in England, and he stood up to the fastest bowling of his day without any further defence than an extra pair of stockings rolled down. In him we lose the last link between us and those who did their best to make cricket what it now is.” 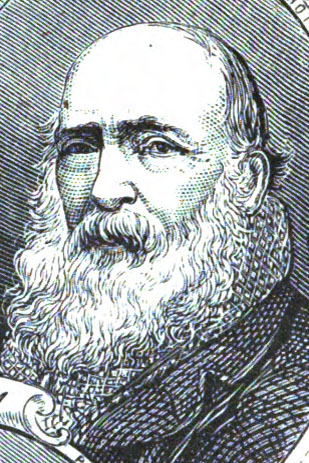